It surely deserved all the applause and accolades. Later on, Rangeela inspired the 2004 American movie Win a Date with Tad Hamilton. If you still haven’t seen this classic Bollywood movie, then you can catch it on the  Mzaalo app by Xfinite – one of the best sites to watch Hindi movies online where for watching a movie you can also win exciting reward coins.

Here are the 5 colorful reasons to watch Rangeela over and over again: - 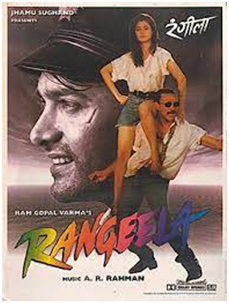 Remember “liberalization, privatization, and globalization” happened and changed the world forever? The Indian economy was going through this state in the early ‘90s and Rangeela was released in 1995. Thus, you will smell the newness of the post-liberalization era in this movie. The lyrics have several brands like Cadbury, Amul, Horlicks, Complan, etc. while the conversations have MTV. We also see the characters dreaming differently. Getting a stable government job is not the common man’s dream anymore. In Yaaro sun lo zara, Mili thus says she wants a big house, car, and all fancy things. Also, in one segment of the song we see Munna saying, “Mangta hai kya” and that encapsulates the whole consumer market flooded with world-class brands. 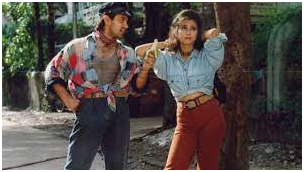 Rahman gave hummable and memorable music in Roja and Bombay but don’t forget those were recorded in Tamil first. Roja and Bombay had some of the best tunes of that decade but they weren’t originally Bollywood productions. Rangeela was that true blue Bollywood Launchpad for A. R. Rahman. The soundtrack of Rangeela was something Bollywood has never heard before. Foot-taping, mysterious, and sizzling – Rangeela got Rahman his first Filmfare Award. Along with Rahman, Asha Bhonsle got many new admirers from those generations. A 62-year-old singing for a 21-year-old and still sounding like a dream – that’s what Rangeela was all about. 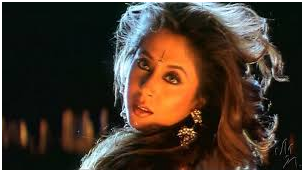 Ram Gopal Varma or RGV started his career with Siva in 1989 and thereafter made many Telugu movies. But for a director of other languages to be in Bollywood, a memorable script like Rangeela is required. RGV’s Rangeela was not only a success among the masses but was lauded by the critics. Apart from this commercial success, there was a cultural impact of Rangeela too. Later on, RGV went on to make a huge impact on a whole generation of filmmakers. All his close, low-angle, and mysterious shots and gangster movies defined his career.

Out of the blue, everyone at that time was trying to talk like a tapori. That whole rustic element, beard, and mustache, colored clothes, vest piercing out from shirt, use of ulta caps, or wearing silver rings – Munna sort of gave the whole look and personality to a Bollywood Tapori which continued for many years in many upcoming movies. Every youngster was trying to talk in that fun and cool Munna language. It’s also strange that from here on Munna – a pampered name of a boy got a gunda or tapori character. Later on, we see the Munnabhai franchise too. 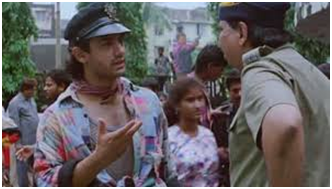 In an era when actors were taking away most of the screen time, Rangeela was a rule breaker. It is a thoroughly Bollywood Spicy Cinema but unlike other mainstream movies resting on the hands and shoulders of its actors, Rangeela had an actress. Be it Munna or Kamal, the crazy family, or any other character in the movie – they were all serving Mili and her dreams. She is the one choosing between Munna and Kamal. We see that she appeared thrice for the 10th final exam but despite her failed attempts, her family supports her filmy dreams and dotes on her. Mili has a tapori friend and wears quite courageous dresses and goes out on a date with a film star. Nobody questions those choices and that’s why Rangeela was an empowering movie – way ahead of its time. 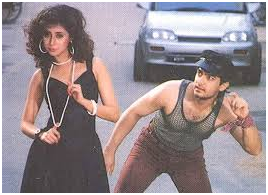